For $179.99 Razer offers the Ripsaw, a new capture card designed for HD streaming at 60FPS, and it’s apparently easy to use!

This was one of the few videos we could find of a recorded stream. Judging on video quality alone, it looks great in all its uncompressed glory!

Razer claims support for both current and last gen consoles. Included with the Ripsaw will be additional component cables, essentially opening the doors to the rest of the consoles.

Razer advertises OBS and XSplit as the two main featured software. (Of course it could probably be configured with other streaming/recording software as well.)

What is nice about the Risaw is that there is a microphone input right on it. This means commentary and voice over can be recorded directly with the stream. No more aligning audio or fiddling with multiple tracks (For those who have experience with HDPVR and similar capture devices).

Just like the mic input, there’s also an Aux input right on the capture card which means video can also be recorded simultaneously. 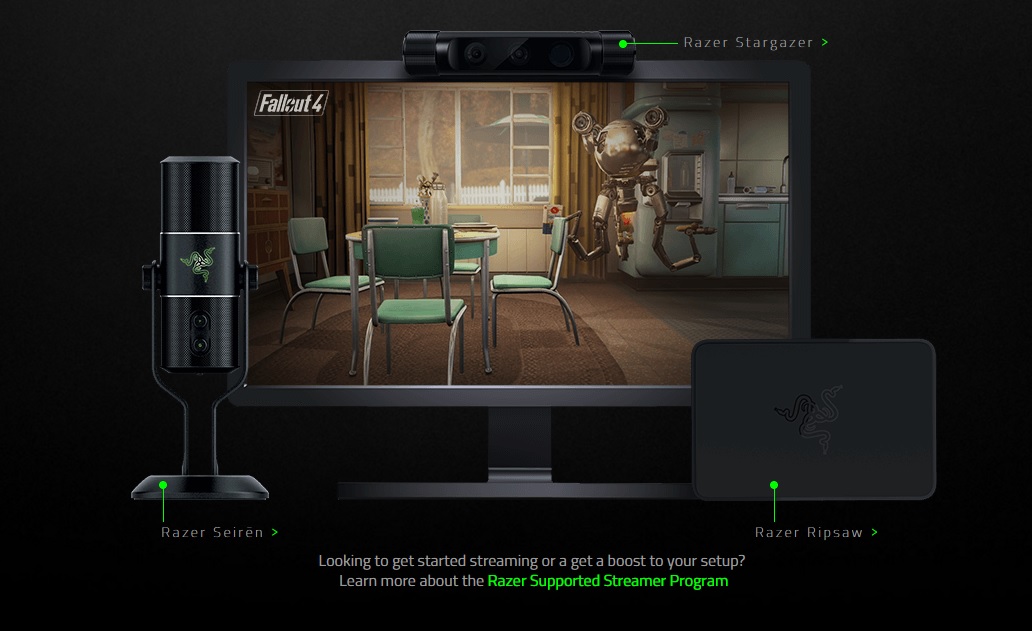 Of course Razer advises the use of their peripherals, including mic and camera. Now all they need is their own monitor!

If being able to stream commentary, video, and gameplay through a single device isn’t “easy to use,” than I don’t know what is! The Razer Ripsaw appears to be a promising new capture device for streamers to utilize. For more information, check out the official landing page here!