Stumbled upon this moronic meme on the internet today, of course idiots on facebook are applauding this band wagon garbage without thinking about why it’s so wrong. 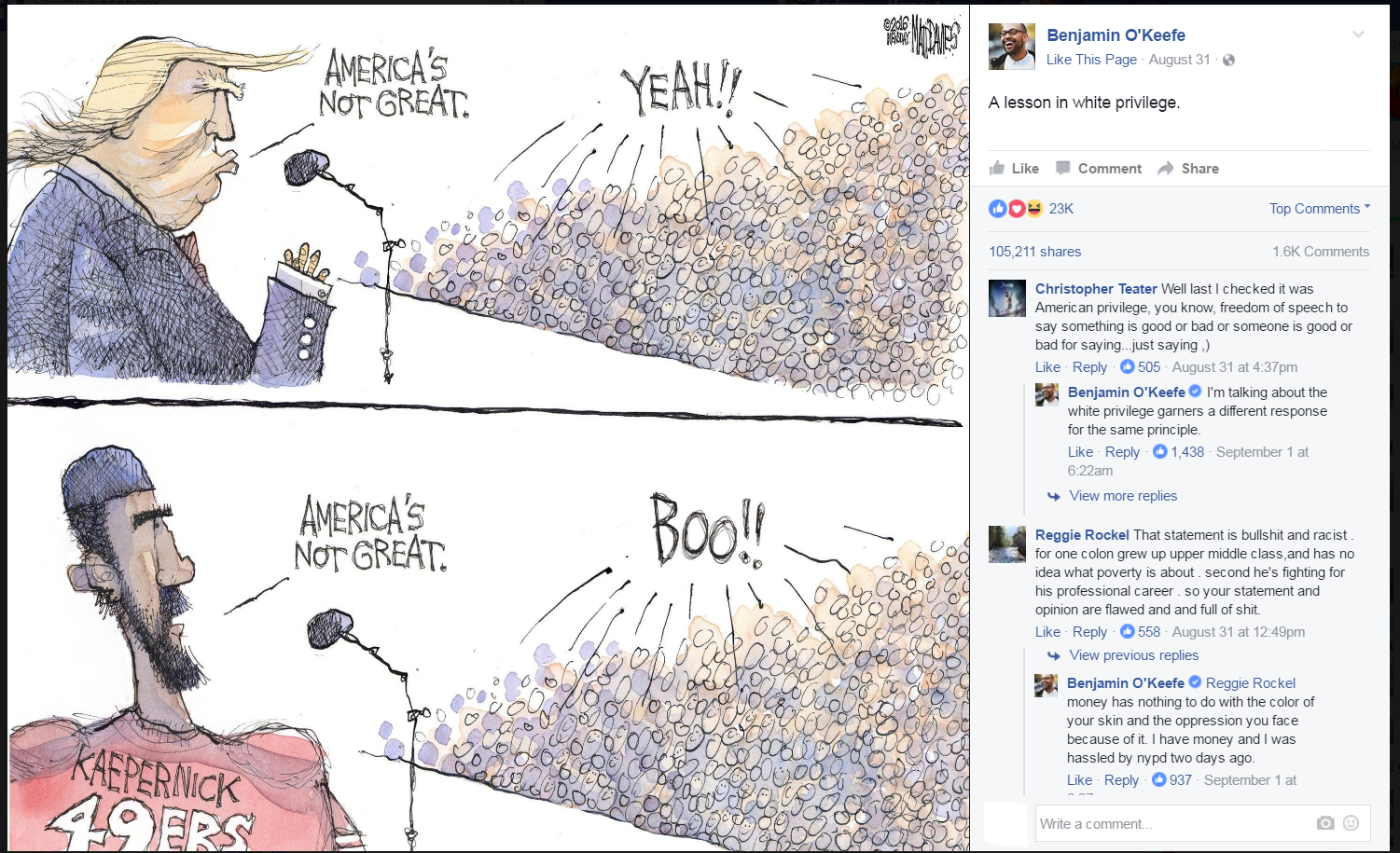 Liberal Use of Empty Meanings

Liberals love to use “powerful” imagery that has no substance except for what the viewer can make of it. If you already hate Trump, then you will blindly agree with the imagery and click share, but if you are a free thinker then you should instantly recognize why this image is so wrong!

What’s Wrong With This Meme?

The reason people say “Yeah!” to Trump is because he is a presidential candidate who potentially, has the power to make america great!

The reason people would “Boo” Kaepernick, is because he is a high profile athlete who not only lacks any power to change the country, but also showed a complete lack of disrespect for the police, armed forces, and the flag.

When Trump says, “Our politicians are stupid,” He’s making a legitimate observation. When Kaepernick resorts to “liberal symbolism” to make a non-existent point, it’s only natural that people would be infuriated.

Kaepernick and his $114 Million contract is crying about “white privilege,” what a complete joke. Liberals will jump on anything to try and trash Trump.

When the average facebook liberal or non-politically informed person looks at this meme, they aren’t thinking, they probably don’t even know who Kaepernick is, and yet the point of this meme is solely to incite hatred in the viewers heart for Trump.

What About Idiot Privilege?

Being a liberal or democrat is seen as the “default” position in society. Liberals can go around unquestioned, but as soon as someone says they are a republican or conservative, insults get hurled at them and they have to think on their feet to answer liberal trap questions!

This is “Idiot Privilege,” where those who follow the herd are accepted and those who think freely, defend freedom, or believe in individual responsibility are slammed down by society and questioned at every corner of the way.

We’ll go more in depth on this later, but this is a key reason on why liberals are so common, especially young liberals on schools and college campuses.

Wake up people! Stop being sheep!